I have never been so immediately captivated by a film.

From the first frame it demanded my complete attention. Perhaps “demanded” is not the right word for it implies forcefulness and attention seeking, and the beginning of Tarsem Signh’s, The Fall is anything but. The opening moments of the film, the credits, do not feel like film, but more like beautiful still pictures come to life. As if you, the person in the audience in the 3rd row from the front and 7 seats in from the left, are looking at a picture and making up the story of it in your head. But instead of the story remaining in your head, it is projected at a slower than life rate on screen so that you may bask in its glory. These moments can only be described as soft, clear, and malleable. Film is, of course, nothing but still frames cut up and taped together, zooming in front of a light and onto a big screen. Film literally creates moving pictures, bringing to life one captured moment and turning it into a fully imagined story.

When watching the beginning of The Fall, the thought “moving pictures…this is what film was meant to be…” came to mind. I was, however, so engrossed in the film (even though it was unclear exactly what was happening) that this thought popped in, to promptly fade into the back of my mind as I stared open mouthed (figuratively, if not quite literally), drooling.

The exquisite (emphasis on the “EHX” to make it sound particularly pretentious) cinematography by Colin Watkinson is not limited to the opening, but thankfully and for the benefit of all humanity, persists throughout the entire film. I dare you to attempt The Fall challenge. Accept. You know you want too.

Go to Netflix on your computer. Yes, right now. Do it. No, I can tell you are not doing it. I will wait………(I hate wait…and my name is not Inigo Montoya)…ok, so here is the challenge: Go randomly to any point in the film and try to find an unappealing still frame. IT CAN’T BE DONE! Ok, maybe you will find 2. Maybe 5 tops, but that is only if you really go looking for them.

What is it that makes this film so damn pretty to look at?

–       First of all, there are the gorgeous costumes. They give vibrancy to the film and the characters. There is nothing more I can say. 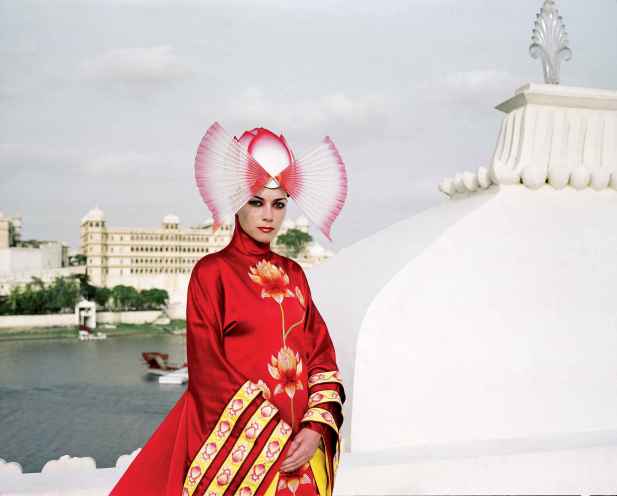 –       Next, you have the sets/landscape. What is so brilliantly done with the sets/landscapes in this film is that you can tell they are real places. This is not some sound-stage or CGI castle. The story may be taking place in a little girl’s head in an imagined fantasy land, but the actual locations are clearly part of our world. They are just so beautiful and fantastic in their own ways that they seem otherworldly. This is the perfect blend that helps give the film the sense of constantly traversing the gap between fantasy and reality. What is real and what is make believe? Just because it is make believe does that mean it is not real?

The shadow/image of the horse is quite striking in this frame/picture/moment from the film, blurring the worlds of fantasy and reality. Moments later, the door opens and outside we see a horse. This shadow appears to have been that horse, the golden afternoon light cast through the key hole. Once we are taken back into the story however, one of the first imaged is of Alexander the great on horseback in the desert, the dark shadow of a horse cast upside down against the sand. This film has shown us two shadows up horses, upside down, one in “real life” and one in “the story.” The horse motif appears throughout the film and is one of the visual links between the worlds of reality, fantasy, memory, and film.

–       Then we get to staging. I have already gushed in excess about the cinematography, but I would be remiss and downright wrong to say that cinematography alone creates the way we view a film. Staging, if used well, can have the same type of profound impact on how a film is viewed, much like cinematography. When you combine good staging and daring cinematography you make magic (and by magic I mean The Fall because magic and The Fall are synonymous as far as I am concerned). 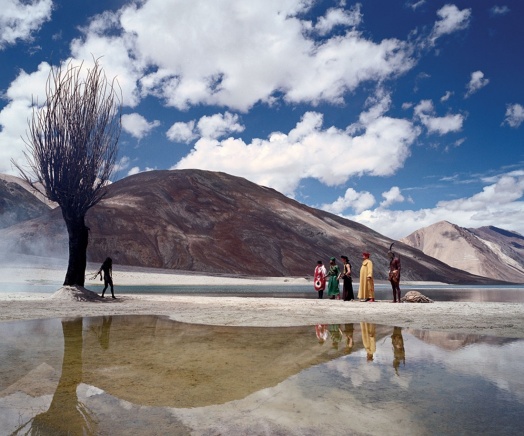 –       And finally, we get to Catinca Untaru. This girl is Margaret O’Brien reincarnated, the queen of cuteness and stirring emotional performances that should not be possible from one so young and tiny. Catinca’s genuine childhood innocence as Alexandria in the film makes her characters hope and maintained belief that good will triumph over evil believable. Even when the film takes a dark turn and then a dark plummet into a dark abyss of pain and crying…I mean, uhh, it’s fine.

So you like film, do you? Then you will absolutely love The Fall. Especially if you enjoy Beethoven and want to fully realize the side of yourself that enjoys dark humor.

Here is your reward for making to the end of this post.